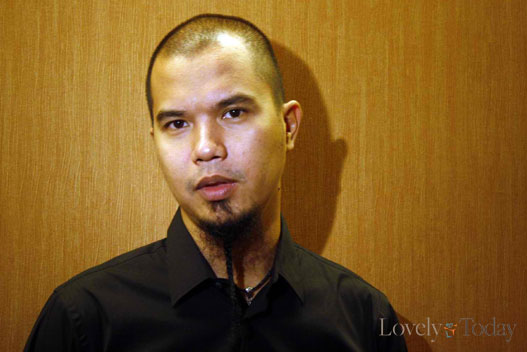 Ahmad Dhani is a famous Indonesian singer and musician. He was born on 26 May 1972 in Surabaya, East Java, Indonesia.

Dhani's body is tall and well built. He has beard, pointed nose, and thick lips. His hair style changes sometimes. Now, he usually appears on TV with bald hair.

Dhani is a very talented person. He can sing. He can also write a song very well. Songs he makes are always very popular. He is a good leader. There are many musical groups he manages, Dewa, Triad, The Rock, Mahadewi, The Virgin for instance.