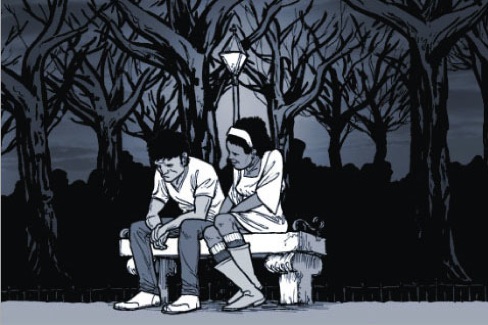 Bondowoso Love Story
Long time ago, there was a love story in Bondowoso. The story happened in a junior high school. A young boy fell in love with a young girl. The couple loved each other. But unfortunately their parents didn't agree with the relationship.
A few years later, they were successful in the exam. They passed it well. The couple planned to continue to senior high school. Actually, they wanted to go to the same school. But the fact was different. The girl's parent wanted to send her girl to the Islamic boarding school in another town.
The time brought them to make a part. But, the distance couldn't separate. They still had a good relationship using mail. They could have in touch using love letter.
One day, the boy sent his love letter again. 2 days time, he hoped the letter would have a reply. He waited. Two days, three days, four days, until a week, the letter wasn't replied. The boy was confused. He was upset to know that. He wanted to know her girlfriend's news. But, there was no news at all until the end of the year.
2 years later that was a graduation party of senior high school. The boy received a letter. It wasn't love letter from her girlfriend. But, it was an invitation card. The card was for him. Inside he read "You are invited to come to our wedding party, on August 8, 2004. Yours: Ana and David."
The boy couldn't move. He felt his body very heavy. He read again. He knew Ana was his girlfriend. Why did she send him an invitation card like that?
A moment later, the boy couldn't see anything in front of him. His sight was black. He tried to walk, but he couldn't. He tried to shout, but no voice came out.
"What's happening to me?" the boy whispered.