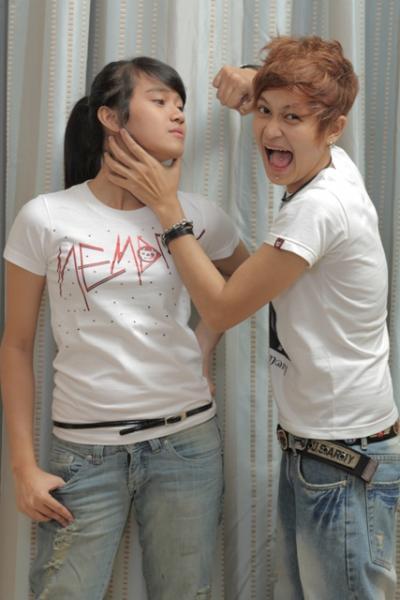 The Virgin is a name of band with two girls. They are Dara as the lead vocalist and Mita who plays a guitar and the second vocalist.

The two girls of the band are different. Mitha is kind of tomboy. He likes to make up like a man. Different with Dara. Dara is feminine. She likes to show her beauty.

The band has been founded by Ahmad Dhani since 2008. He named it The Virgin because the two girls were still virgin at that time.

The virgin has released a hit single entittled "Cinta Terlarang". The debut was successful. The song was very popular among Indonesians.
at Maret 11, 2013
Labels: Teks Descriptive