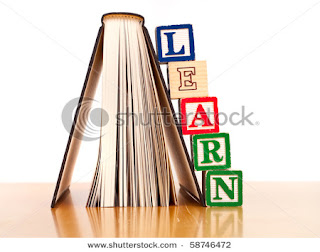 This morning I began my classroom by playing vocabulary game. The game was simple and easy played.

I divided students into several groups with four students each goup. After that I wrote the word "ANNOUNCEMENT" on the whiteboard. Then  I told my students to form 10 words from that word.
I gave them examples: MEET and NOUN. I gave them 10 minutes to work in group.
Students were allowed to open their dictionary and books to make the task easier.
Amazing! 10 minutes later they found more than 10 words formed by the letters inside that word.
This game was recommended to the English teacher, because it's very easy to play and make the students more creative and responsible.
___________________________
at Januari 04, 2011
Labels: Metode Teknik dan Strategi